Covid-19: Will there be an increase in Fintech acquisitions and partnerships?

'Smaller fintechs will be acquired by larger players'

This is as a result of investment drying up, limited to no access to credit, and reduced revenues making some distressed fintechs vulnerable to acquisition. We wanted to share more insights on this…

Those that Covid-19 has put in the firing line include foreign exchange firms, wealth managers and robo-advisors, as well as potentially challenger banks and alternative lenders, which are set to struggle with a decline in revenue and fall in users.

Currency exchange players are highly vulnerable, notably due to the decrease in cross-border volume for both retail and corporate transactions. With an already saturated market, increased M&A activity is inevitable. Recently, Western Union has offered MoneyGram a takeover deal resulting in a surge in both companies’ stock price, according to Bloomberg. This – yet to be confirmed – deal shows the need for the traditional players (Western Union in this case) to digitalise fast, by acquiring a digital-first counterpart.

As for wealth managers and robo-advisors, Covid-19 is scaring investors and they are moving their money to safe harbours like gold. For more experienced investors, they may switch to established wealth management firms who have a digital offering with the comfort of human advice. It’s telling in this time of crisis, people want to talk to humans and are less interested in – and less trusting of – these new automated machine conversation tools.

For challenger banks and SME lenders, the view is quite nuanced.

On one hand for challenger banks, Covid is amplifying the existing trust gap and customers might flock to ‘brick and mortar’ providers. For example, from 14th March and 14th April around 12% of the adult population in the UK downloaded their bank’s app for the first time, according to research by Nucoro research.  Although the rate is now slowing down, 22% are still using mobile banking apps more.

These stats may not be surprising: after all the majority of people historically haven’t used challenger banks as their primary bank. Last year, research from A.T. Kearney, showed consumers still use traditional banks for ‘more important’ transactions, including bills, mortgages, rent and salaries. And more than half of challenger bank customers still have salaries paid into their traditional bank account.

Still, challengers do have better online offerings than incumbents and given the reputational issues the major lenders continue to face – including paying bonuses and dividends at a time of crisis – nothing is sure.

For the stronger challengers, they may become acquirers as they seek to buy or merge with another fintech provider to diversify their offering at a cut cost. For example, Revolut recently announced plans to use some of it’s February $500 million fundraising round to acquire complimentary technology firms that were suffering from the impact of Covid-19.

Similarly, for SME lenders that can help deliver loans where banks cannot there is enormous opportunity, just look at Funding Circle stateside. But those that cannot go further and deeper than traditional lenders, a closed debt market leaves them with little manoeuvre. On top of this, a lingering lack of trust in challenger banks and lenders remains. In the UK the government’s initial tranche of Coronavirus Business Interruption Loan Scheme (CBILS) only included mainstream banks, despite now opening the scheme to British fintechs.

For legacy institutions, the gap between what they can offer and what customers expect has never been wider, and this will likely merge into a more enhanced need for partnerships with fintechs, rather than acquisitions – but in these strange times, nothing is off the table.

What do you think? Will fintech acquisitions or partnerships increase? Tweet us @tribepayments 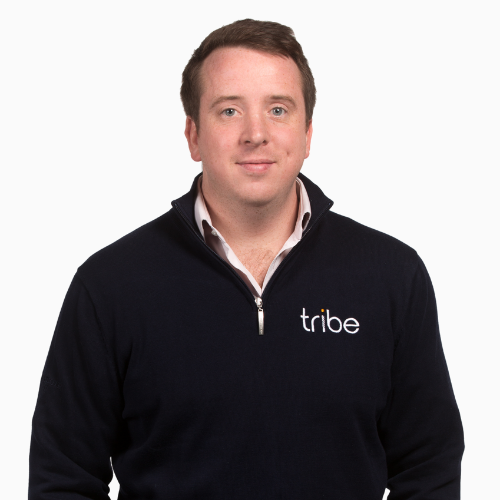